A colleague in Istanbul, the lawyer Elvan Olkun, has sent us an update of the trials taking place in Turkey at the moment:

12 lawyers, members of ÖHD (Özgürlükçü Hukukçular Derneği – Association of Lawyers for Freedom) are being tried in front of the 14th Penal Court of Istanbul 14th.

The next hearing will be heard before 14th Istanbul Penal Court on June 22nd, 2016 at 11.00, at Caglayan Courthouse situated in Sisli District of Istanbul.

It will be the first hearing since the prosecutor submitted his indictment. The purpose of the hearing will be to hear the initial defence of the defendants and submission of their representatives and to determine whether to release the detainees or not.

Ayse Acinikli and Ramazan Demir have been shown as nominees for number of international human rights awards. There have been several international campaigns inviting the authorities to release them but unfortunately they are still imprisoned. 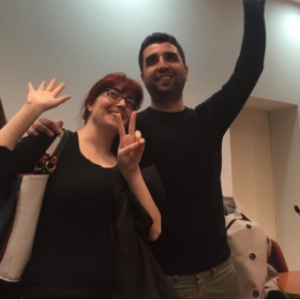 This is one of the biggest trials against lawyers: 46 lawyers are being tried. Some of the lawyers had been detained for long time. During the trials detained lawyers have been released.

Lawyers are accused of being members of terrorist organization. The common point amongst these accused lawyers is that they have all been lawyers of Abdullah Öcalan.

The hearing will take place on the 28th of June 2016 in front of the 19th Istanbul Criminal Court.

The prosecutor and the court seem to be willing to come to an end as soon as possible You can find the summary of the indictment and some previous notes on the trial enclosed to this message.

The president of ÇHD, Selçuk Kozağaçlı, as well as other 8 members of the association are on trial. Nine of the accused lawyers had been detained for long time and then released.

The next hearing of this case will take place on the 5th October 2016 in front of the 23rd Istanbul Criminal Court.

The defence argues that the evidence presented is simply illegal and that the accusation is only based on political grounds. The defence asks the court to follow the origins of this illegal evidence and to remove it from the case file. The defence also asks the Court to interrogate all the witnesses itself, and not authorize different local courts to hear the witnesses.

These three trials against lawyers are based on political grounds. The accused lawyers are well known for representing the members of oppositional groups, representing the oppressed, women under threat, workers, students etc. Their work as lawyers disturbs the governing authorities.