The Foundation DAY OF ENDANGERED LAWYER and the AED (European Democratic Lawyers) denounce the inadmissible treatment inflicted by the Philippine authorities on the Australian law professor Gill Boehringer, a fervent defender of human rights and minorities in the Philippines. 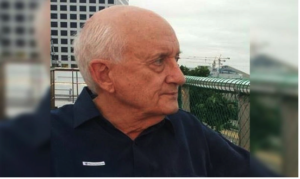 The 8th of August upon arrival in Manila to join his wife of Philippine nationality, he has been refused entry into the territory. He is under detention and retained at the moment, attending repatriation.

According to statements of the immigration office, Gill Boehringer is allegedly on their blacklist of activists because he participated in the rallies of 2015 in support of indigenous people, the Lumads of Mindanao Island (Philippines), who have been fighting for 25 years against the Tampakan mining project.

In the Philippines, participating in such gatherings is illegal for a foreigner and considered a breach of the public order and security of the country.

Gill Boehringer contends the charges against him, but according to his lawyer, he still has not had access to his case or has been in any way able to argue (see ABS-CBS News, 9.08.2918)

His health is matter of concern. The doctor who examined him has recommended he does not fly back so quickly.

On the 13th of August, Gill Boerhinher is still not free.

The Foundation DAY OF ENDENGERED LAWYER and the AED (European Democratic Lawyers) strongly condemn the inhuman and degrading treatment suffered by Professor Boehringer for his fight for the defense of human rights and calls into question a serious violation of freedom of expression and circulation and a clear violation of the rights of the defense.