The Day of the Endangered Lawyer was dedicated this year to Turkey, where the situation is extremely grave. Turkey is the weakest link of European democracy, if it can still be called a democracy, when lawyers are imprisoned. 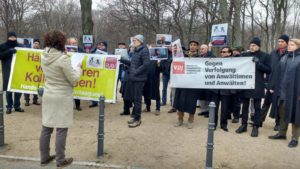 All over Europe, practicing lawyers mobilized to show solidarity with their colleagues and concern for their situation in front of the embassies. The same letter was handed out to the officials in the embassy 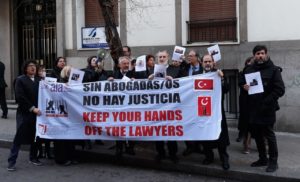 There was a minute of silence in Italian courtrooms, while in Athens our colleagues organized a conference on the issue of justice in Turkey, where Turkish judges in exile denounced the situation. 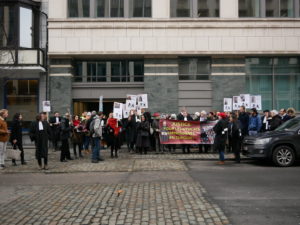 In different Turkish countries, the day of the Endangered Lawyer was followed with a conference in Ankara, a rally in Istanbul and initiatives in Izmir.